An Overview of the Arabic Language

Currently, the only official form of Arabic is Modern Standard Arabic, also called Literary Arabic. This means that it is the form of Arabic that is used in all official communications by governments, media, and educational establishments. However, as with many other languages, there are plenty of slight variations depending on the region.

The History of Arabic

IIt is understood to be what is called a “Semitic” language, meaning that it has some close similarities with others such as Hebrew and Aramaic. It is a descendant of a language understood as “Proto-Semitic”, and modern Arabic is considered to be an element of the Arabo-Canaanite sub-branch – the central group of the Western Semitic languages.

Classical Arabic is the language of the Koran and a language which is based on the Medieval dialects of ancient tribes before the 7th Century.

The Koran is written in Classical Arabic, but there are many translations.

IArabic is spoken in around 27 different countries.

Arabic is written and read from right to left. 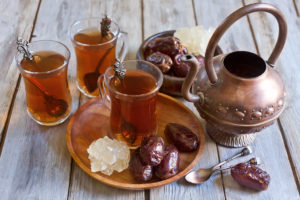 With the increased worldwide focus on the Arabic-speaking nations in the last few years, the popularity of the Arabic language has grown massively. What is defined in the Western world as “The Arab Spring” and the movement for democracy shown by peoples of Arabic tongue has put the Arabic language in the spotlight, and ensured that interest in the language and culture of the region continues to increase.

Arabic is a beautiful language that is fun to learn, but it is challenging for English speakers because of the differences in the root system. As is outlined in a website dedicated to Arabic, “words are constructed from a three letter ‘root’ which conveys an idea. Letters are then added around this root to create words.”

There is little resemblance between Arabic and many European languages, so it can be difficult to grasp. But this is a good thing. Learning Arabic broadens your horizons an incredible amount, and opens up a new world for you. As we have already covered, Arabic has strong links to many similar languages, so learning Arabic can open the door to learning other tongues, too.

We’ve created a large range of language learning apps for people across the world to educate themselves on the language they wish to speak. Our Arabic learning apps for iPhone and Android are some of our favourites, and at Overpass, we take real pride in developing high-quality applications that will aid you in your objectives to master a new language. We have developed games called Arabic Bubble Bath, Arabic Flash Quiz, and Secret Agent: Arabic, which is sure to help you on your way to fluency.

Arabic isn’t an easy language to learn, so our games are designed to supplement learning by adding some further fun and challenging enjoyment to education. Our educational apps are designed to keep you learning in a way that suits you, with progression through increasingly difficult levels – so that your improvements are tangible!