An Overview of the Cantonese Language

Cantonese is a language that originated in the Canton area of South China. Guangzhou is the modern term for Canton, and is the capital of the Guangdong province. Cantonese is also widely spoken in Hong Kong and Macau, two of the administrative regions of China’s People’s Republic.

The Cantonese language is considered as the main official dialect of Yue Chinese. Cantonese is written by using characters, and many of these aren’t found in the official Mandarin standards. Consequently, it can be hard for Mandarin native speakers to make sense of written Cantonese. There is a large amount of detailed literature written in the Cantonese language, and due to its rich history, actually offers one of the mightiest chunks of Chinese language literature.

The History of Cantonese

Many sources suggest that the Cantonese language originated in approximately 220 AD, after the fall of the Han Dynasty. There are disagreements about the exact period of emergence, although it is confirmed that by roughly 600 AD, Cantonese had developed a unique identity as a language and had created a distinct culture among the people that spoke it as a native tongue.

In the modern world, Hong Kong has become the cultural centre of Cantonese language. Due to British rule for over a century, the region was protected from the many language initiatives that were being implemented in China. This meant that the area maintained its tradition of speaking Cantonese much better than other Chinese regions.

Cantonese is the third most spoken language in the USA.

Cantonese is one of 5 widely spoken Chinese languages.

Cantonese cuisine is one of the world’s most famous food types.

There are over 180,000 Cantonese speakers in San Fransisco. 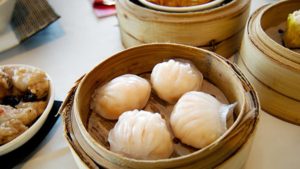 The developing importance of Far East nations on the global stage is ensuring that more and more people across the world are keen to learn their languages. China is a huge world power, and with the migration of the Chinese people across the world has brought their culture and cuisine to many. The overseas Cantonese speakers make up a large (actually disproportionate) amount of Cantonese native speakers in the world compared to many other languages.

Although there are still many speakers in China, it has developed to be considered as more of an exported language than Mandarin. This means that it is a global language spoken by communities across the world. Leading Universities across the world are offering courses in Cantonese, highlighting the importance of the language and the demand among young people to speak it

At Overpass, we have a genuine love of languages and an appreciation for anybody who is setting out to teach themselves a new tongue. Fluency can only be achieved through hard work and persistence, and Overpass language learning apps provide a great escape from the more traditional learning environment whilst still offering a challenge to the user. The best way to learn is to have fun, and our Cantonese learning apps are designed to be enjoyable, offering you a lighthearted way of improving your understanding of Cantonese. You can work your way through the different levels, improving all the time, seeing your progression, and continuing the development of your Cantonese knowledge. 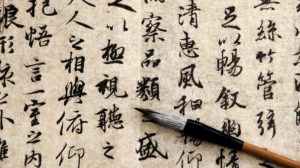