An Overview of the Filipino Language

In 1937, on the Executive Order No. 134 s. 1937, the national language of the Philippines will be based in Tagalog, was officially called Pilipino in 1959, and was finally settled in the 1987 Constitution as “Filipino”.

The History of Filipino

“Filipino” is the standardized form of Tagalog, which is spoken by 28 million people as their first language, and 45 million as their second.

Tagalog” is derived from the phrase “taga-ilog,” which means “from the river.” It’s also the word used to refer to people who live in Metro Manila, CALABARZON, MIMAROPA and Central Luzon.

Aside from Filipino, English is also considered a national language in the Philippines. Unlike other English-speaking countries in the world, however, Filipinos speak the American version of English.

Tagalog is considered a member of a Malayo-Polynesian subfamily of languages. Over the centuries, it borrowed from Malay, Chinese, Spanish and even American-English. For example, “kuya” and “ate” refer to an older brother and sister, respectively, similar to how the Chinese nickname siblings according to their birth order. 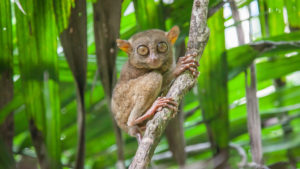 Like most languages, Filipino is ever-evolving. As long as the people of the Philippines assimilate foreign cultures into their own, what makes Filipino “Filipino” — as opposed to just “Tagalog” — will change as well. Even though any English speaker can get by in the Philippines just fine, learning basic Filipino phrases will get you a long way in this country.

No matter how hard the language is, Overpass wants to make it easy for you.

Learn Filipino Bubble Bath Game makes learning Polish easy by playing a game while you learn and enrich your vocabulary. The game is divided into 63 categories and contains over 600 Filipino words and phrases. So whether you want to teach your kids Tagalog or are planning a trip to the Philippines, this language game is for you.