An Overview of the Greek Language

During the Hellenistic period, from the end of the 4th century BCE onward, Greek progressively gained a high degree of uniformity throughout the territory it encompassed (see Koine). There had been various Greek dialects in the past ten centuries that differed in phonetic and morphological details but were mutually intelligible.

The History of Greek

Greek has been spoken throughout the Balkan peninsula since at least the third millennium BC. Greek is the world’s oldest known living language, with the first written evidence dating from between 1450 and 1350 BC on a Linear B clay tablet discovered in Messenia. Only the now-extinct Anatolian language can match its date of earliest written attestation among Indo-European languages.

The historical homogeneity and continuity of the Greek language’s successive stages are frequently highlighted. Although Greek has suffered morphological and phonological changes comparable to those found in other languages, its cultural, literary, and orthographic traditions have never been disrupted to the point where a new language has emerged since classical antiquity.

Greek speakers nowadays still consider ancient Greek literary works to be part of their own language rather than a foreign language. 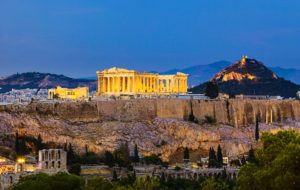 During the sweltering summer months, Greeks like to spend their time socializing outside. The volta tradition persists in small towns and villages, when a large portion of the population strolls up and down the main street or, on islands, along the coastline after sunset. At the summer and winter, many people spend their free time in the various cafés and coffee shops, which have traditionally been a male domain.

The centuries of Turkish dominance are reflected in Greek food, notably sweets like baklava and kataifi. The gastronomy in Thessaloniki, which was part of the Ottoman Empire until 1912 and is still heavily influenced by the Ottomans, bears witness to the large inflow of refugees from Asia Minor in the 1920s.

Vegetables, fruit, olives, olive oil, cheese, bread, and fish were the staples of the Greek peasant’s traditional, nutritious diet, with meat reserved for exceptional occasions. Meat has become more significant in the Greek diet as the country has grown wealthier, “fast food” have taken hold in the cities, and the incidence of heart disease has risen in line.

We have created a number of language learning apps, including French, English, Mandarin, and many more. We’re not just developers, but we are language enthusiasts – and we want to help others improve on their language skills. Our range of language learning games are designed to be fun, and to make the process light-hearted and enjoyable. It’s fun to speak another language, but it can sometimes be frustrating to learn one. That’s why our apps are fun, and mentally stimulating – to keep you engaged in your learning process.