An Overview of the Hindi Language

Modern Standard Hindi is a standardised register of the Hindustani language. It is the native language of people from Delhi, Western Uttar Pradesh, Bihar, and Haryana. Hindi is one of India’s official languages, and one of the most popular spoken languages in this most beautiful part of the world. When the different Hindi dialects are taken into account, it is in the top 4 largest spoken language on the planet – with approximately 500 million speakers.

The History of Hindi

Hindi emerged as a language in the 7th Century as Apabhramsha, According to many sources, Standard Hindi is reportedly based on Delhi’s khadiboli. It was known in the 17th Century as Urdu, meaning “the court’s language”. The 19th Century saw khaki boil become the most popular Hindi dialect.

1949 – Indian Government Offices make the use of Hindi mandatory

1997 – Deve Gwoda encourages the use of regional languages, including Hindi. 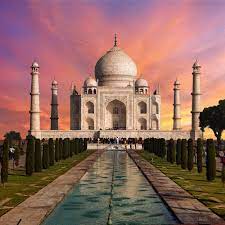 With India’s increasing influence and importance in the world economy, Hindi is developing to be an extremely popular language for people to learn. Younger generations whose parents and grandparents have emigrated across the globe are seeking to recapture the language of their forefathers. But it’s not only people of Indian heritage that are learning Hindi. There are people from all backgrounds that recognise the importance, and the beauty, of the Hindi language.

We want to make learning a language fun, so we’ve created our mobile apps – Hindi Bubble Bath, as well as Secret Agent Hindi. We know that learning a new language by yourself can be a tough undertaking, so Overpass have made sure that learning Hindi with our app is enjoyable. Our apps to learn the Hindi language are fun, addictive, and of course, mobile. You can take them anywhere and continue to improve your language learning.