An Overview of the Japanese Language

Japanese is an East Asian language spoken by about 125 million speakers, primarily in Japan, where it is the national language. Japanese is an agglutinative, mora-timed language with simple phonotactics, and it has a lexically significant pitch-accent. Word order is subject–object–verb and sentence structure is topic–comment. Nouns have no grammatical number or gender, and there are no articles. Verb tenses and voice are conjugated. Japanese has a complex system of honorifics with verb forms and vocabulary to indicate the relative status of the speaker, the listener, and persons mentioned.

The History of Japanese

Old Japanese is the oldest attested stage of the Japanese language. The Chinese writing system was imported to Japan through Buddhism. Early Middle Japanese is from 794 to 1185, and it sees a significant amount of Chinese influence on the language’s phonology – length distinctions become phonemic for both consonants and vowels. Late Middle Japanese covers the years from 1185 to 1600, it has the first loanwords from European languages. Modern Japanese is considered, to begin with, the Edo period, which lasted between 1603 and 1868. during the Edo period, Edo (now Tokyo) developed into the largest city in Japan, and the Edo-area dialect became standard Japanese. Since the end of Japan’s self-imposed isolation in 1853, the flow of loanwords from European languages has increased significantly. The period since 1945 has seen a large number of words borrowed from English, especially relating to technology. Although Japanese is spoken almost exclusively in Japan, it has been spoken in Taiwan and Korea through Japanese annexation before and during World War II. Some parts of China, the Philippines, and various Pacific islands, locals in those countries learned Japanese as the language of the empire.

Japanese has no genetic relationship with Chinese but it makes extensive use of Chinese characters in its writing system, and a large portion of its vocabulary is borrowed from Chinese.

Japanese use Latin script in a limited fashion for imported acronyms and the numeral system uses mostly Arabic numerals alongside traditional Chinese numerals.

The words are easy to pronounce as there are only 48 sounds in the language, and only 5 vowels and 11 consonants. 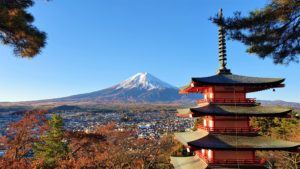 Japanese is the 9th most widely spoken language in the world with about 125 million speakers. It easy to learn and pronounce because it has only 48 sounds. Knowing how to speak Japanese is like having a gateway to other Asian languages and cultures. As of today, Japan has one of the largest economies in the world which means they offer better business and career opportunities which you can take advantage if you know how to communicate with them.

Overpass has been very passionate about providing language learning apps to people who enjoy learning a new tongue while having fun with games. We have recently published Japanese Bubble Bath Game which includes 630 Japanese words divided into 63 challenging categories. Just tap on a bubble, hear the word spoken by a native speaker, and select the translation to pop the balloon. Reading Manga and watching Japanese Anime will never be that difficult again when you know how to speak Japanese. So, learn and have fun! …This is what the app is all about.