An Overview of the Chinese Mandarin Language

Mandarin in a language spoken in North and South-West China. If you consider the group of Mandarin Chinese dialects as one language, it has nearly a billion (960 million), native speakers, making it the biggest native tongue on the planet.Mandarin is considered as the “standard” or “traditional” Chinese because of its links with Beijing and the ruling elites throughout the ages. It is also usually the main spoken language for Chinese emigrants, of which there are millions across the world East to West.

The History of Chinese Mandarin

IAn official Chinese language first appeared during the Ming dynasty (1368-1644), where the ruling elite began to refer to “a language of the courts”. The Beijing dialect and pronunciation gradually became the most influential, despite the popularity of Nanjing Mandarin. During the 20th Century, there was more emphasis placed on the importance of a Chinese national language. In 1949, the People’s Republic of China was established and ensured that the standardisation of Mandarin continued.

Mandarin is the official language of the People’s Republic of China.

The English word “mandarin” used to mean “minister”, and represented an official of the Chinese Empire.

For the majority of Chinese history, the nation’s capital has been within a Mandarin-speaking area.

Chinese Mandarin doesn’t have an alphabet – it is written in symbols! 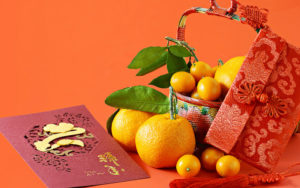 With the developing importance of China and the Chinese people on the world stage, it is becoming increasingly popular to learn the official language spoken by so many people. Chinese culture has well and truly infiltrated the Western world, and our obsession with Eastern culture and cuisine has helped make people aware of complexities and beauty of the Chinese language. As China gets more economically powerful, more and more people are recognising the benefits of improving their knowledge of Mandarin. The ability to communicate effectively on this level can provide plenty of opportunities for Europeans and Americans in business and in life, and it seems that engaging with Chinese Mandarin is becoming an opportunity that you cannot miss.

We have a passion for learning languages, and Chinese Mandarin, in particular, is close to our hearts. The man behind Overpass – Eric Wroolie – is fluent in Mandarin, and actually served as a Chinese Mandarin & Vietnamese linguist in the US Army 703rd MI Brigade in Hawaii. This means that Overpass brings a unique approach to learning Chinese Mandarin, from the perspective of somebody who has learned the language themselves.

The range of Overpass iPhone & Android apps are designed to provide the user with a fun way to learn, whilst still providing challenging objectives to steadily improve knowledge and understanding of Chinese Mandarin. We have built mobile games that will gradually educate the learner through levels, improving your vocabulary in a tangible manner. You can see the improvements over time as you punch through the game levels!