An Overview of the Swedish Language

Swedish is considered a North Germanic Language, and developed from Old Norse steadily through the ages. Through major influence from the spread of the printing press, it gradually emerged into the Swedish that we know today.

The History of Swedish

Old Norse started to split into Old West Norse (Norway and Iceland) and Old East Norse (Iceland) in the 9th century (Sweden and Denmark). The dialects of Denmark and Sweden started to diverge in the 12th century, resulting in Old Danish and Old Swedish in the 13th century. During the medieval era, Middle Low German had a strong influence on all of them.

Though stages of language development are never as clearly defined as implied here, and should not be taken too literally, the subdivision structure used in this article is the most widely used by Swedish linguists and is used for practical reasons. 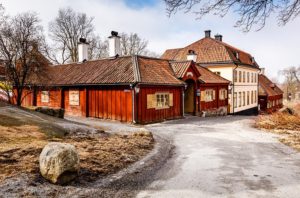 Swedish is a popular country for international students, with the high standards of living as well as the Swedish people’s deserved reputation for being friendly and welcoming. A number of recent Swedish language television dramas and feature films have given the language a boost, including the immensely popular Girl With The Dragon Tattoo, as well as Bridge. Other Scandinavian TV shows such as The Killing (Danish) have further increased interest in Scandinavian languages and culture.

Learning Swedish has become more popular in Europe, and if you’re planning on spending a lot of time in Scandinavia, being able to speak Swedish will certainly come in handy. You may find that many Swedes will talk to you in English, but to really immerse yourself in the culture, it is always good to know some of the local language. Whether you’re just visiting for a short time, or whether you are spending a while in this beautiful part of the world, learning Swedish is a skill that will improve your visit.

We have created a number of language learning apps, including French, English, Mandarin, and many more. We’re not just developers, but we are language enthusiasts – and we want to help others improve on their language skills. Our range of language learning games are designed to be fun, and to make the process light-hearted and enjoyable. It’s fun to speak another language, but it can sometimes be frustrating to learn one. That’s why our apps are fun, and mentally stimulating – to keep you engaged in your learning process.