An Overview of the Russian Language

The Russian language is considered a Slavic language, and is spoken mainly in Russia and the surrounding countries of Ukraine, Belarus and Kazakhstan. It’s influence spreads throughout Eurasia, with many of the local languages having sprouted from similar dialects over the centuries.

Russian has over 140 million native speakers, and is recognised as one of the six official languages of the UN.

The History of Russian

Different dialects of the Russian language emerged in the “European” region of Russia in the 15th century. In Russia, Old Church Slavonic remained the written language until the middle of the 18th Century. During this period, Russians decided that they needed to develop a written language which was closely tied to the educated spoken norm.

During the period of Peter the Great, there was a reformation of the official alphabet and many other languages were allowed to penetrate the Russian tongue, including Dutch and German. However, in the 19th Century, an increased popularity in Slavic culture and language saw a return of more traditional Russian vocabulary.

During the time of the Soviet Union, there was a huge shift in the nature of the Russian language. The politeness of the pre-Revolution years was dispensed with, and Russian was spread throughout Eastern Europe as the USSR took hold of the region. 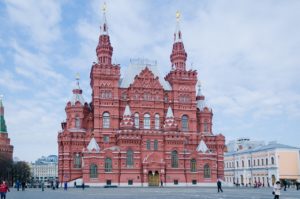 Learning how to speak the Indonesian language will open up the chance to meet the friendliest and most hospitable people as well as more job opportunities from the many countries that speak the language. Learning will be a breeze because research shows that Indonesian is one of the world’s most accessible languages and easy to learn because its system of grammar and vocabulary is not complicated.

Russian is a popular language to learn for students living in mainland Europe especially. However, Russian has one of the most complicated grammars. Challenging, but not impossible! If you have an experience of learning Italian, French, or German, these languages might come in more handy than you’d think – as many Russian words are loaned from a mixture of these influences.

With Russian, once you manage to learn the alphabet, you should be able to pronounce almost all words fairly accurately, as the pronunciation is similar to the written form. Russian language is also extremely direct, and native speakers take far less words to complete a sentence than in English for example.