An Overview of the Swahili Language

Swahili is a language spoken primarily on the African continent. It is spoken in a number of countries, including Tanzania, Kenya, Uganda, Rwanda, and Congo. According to many studies, there are around 140 million people worldwide that are able to speak Swahili, although a much smaller number speak Swahili as their sole mother tongue.

It is considered as the official language of Uganda, Tanzania, Kenya, and the Democratic Republic of Congo. The language is required to be taught in schools in most of these nations, and although this isn’t widely enforced, there is a conscious effort among many countries to encourage the use of Swahili in children’s education.

The History of Swahili

Swahili is recognised as having had great influence from Arabic throughout history. This is due to the main region of Swahili native speaking is by the Eastern coast. Swahili is also thought to be the language of Zanzibar, which was historically Arab-ruled.

When the Germans colonised Tanzania and the British took control of Kenya, they recognised Swahili as the key language to allow, despite these nations’ people conversing in a variety of tongues at that time. In 1928, a standard written Swahili was established – which was closely linked to the Zanzibar version. 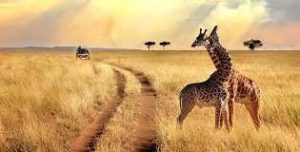 More and more people are being drawn to learning Swahili in recent years. With the increasing development of African nations as economic powers and the ever-present significance of Swahili on the African continent, the language is becoming popular among students.

Swahili is now offered as a subject at top Universities such as Yale and Harvard, as well as Oxford and Cambridge. The history of the language and the people that speak it attracts many students to want to learn, and the migration of African peoples across the globe over the recent centuries has encouraged second and third generation Swahili speakers to engage with the language of their ancestors.

An increasing Western interest in African music and culture is also encouraging more people to pick up Swahili.

As a company that develops learning games, we are delighted to offer a number of iPhone and Android apps that help you to learn Swahili. As a casual learning tool, our mobile apps are brilliant for introducing you to the Swahili language, and they also serve an important purpose as educational apps the support more traditional learning techniques.

Our Swahili learning apps are designed to be fun, bringing a vibrancy to your learning that will keep you challenged and motivated to improve fluency. The tangible benefits of progressing through various levels of difficulty shows you how you’re improving. Soon enough, you’ll be a fluent Swahili speaker!

Take a look at our Swahili Bubble Bath and Secret Agent Swahili on Google Play and the iTunes Store!